Cameron Kelsall: The last singer who really impressed us was baritone Daniel Gallegos, who sang the brindisi from Thomas’ Hamlet. Gallegos has the kind of velvety timbre any baritone would kill for—you can see him being equally successful in bel canto and Verdi—and a strong florid technique.

David Fox: He was very much on my short list last year, with a haunting performance of “Questo amor, vergogna mia” from Puccini’s Edgar, which I also think is a real kick-ass competition solo: largely unfamiliar, beautiful, and very memorable. Actually, I thought that suited him better than that Hamlet aria, but in both as you say, the velvety texture of the voice is exceptional. We’ve both talked here about specialness and individuality—it may seem to be asking a lot of a student, but we all know that those are the singers who become stars. And my money is on Gallegos, whose sound is personal and blue-chip.

«… baritone Daniel Gallegos was sympathetic and vocally sumptuous as the king.»

«As Alphonse XI, baritone Daniel Gallegos, also in his third year at AVA, had a gorgeously honeyed tone and handled the long line of his arias with effortless ease.»

«Two other memorable arias… and Mercutio’s “Mab, reine des mensonges” with its subtly racy text, had ideal interpreters… and Daniel Gallegos.  Gallegos showed that his strong voice has the flexibility for the sly, quick phrases describing the fairy personage.»

David Fox: For me, this is where things really started to heat up. I’ve heard Gallegos before (he’s a third-year), but he was especially good here — musical, theatrically focused, with an absolutely lovely and quite distinctive velvety texture to the tone. And what a good aria choice! A marvelous piece that’s not done often enough. He’d have been my choice for second prize.

Cameron Kelsall: Yes, Gallegos also made a strong second-place showing in my own personal rankings. It’s a true Verdi and verismo sound, made without oversinging or overselling a manufactured sense of menace. I anticipate a bright future as he wraps up his time in Philadelphia. 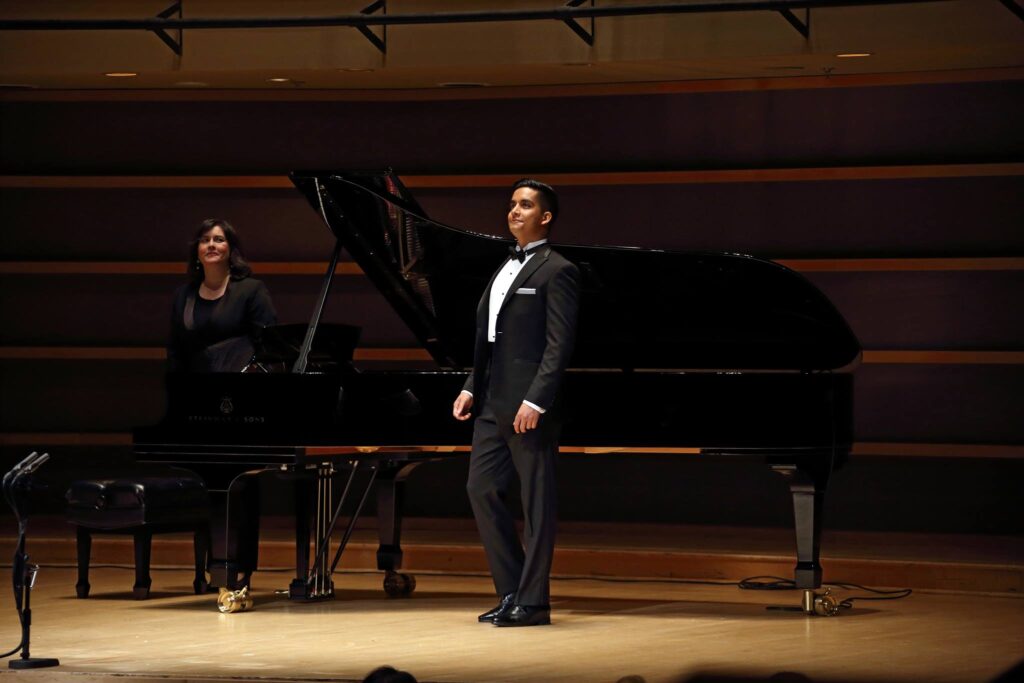